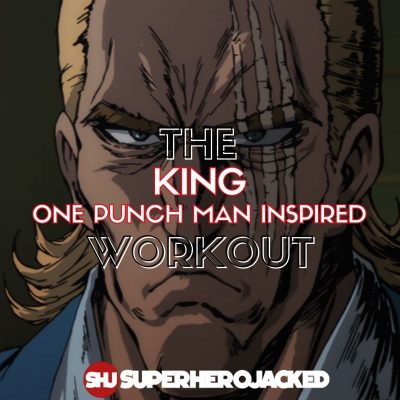 One Punch Man is still one of the more popular anime shows out there.

While Netflix might be losing it’s current undubbed single season of OPM, there are still tons of fans requesting more One Punch Man Inspired Workouts every single day.

So, naturally, he’s one of our most requested characters from you guys in The SHJ Army.

Which will obviously make him a great addition to our larger Anime Workouts Database as well, and a great character to have for our One Punch Man Workout Placement Quiz.

King comes in a bit taller than the average anime male character, especially considering we have a good handful of younger anime characters joining our databases.

Although he would be considered average if we compared him to the ranges we’ve seen among our celebrities. 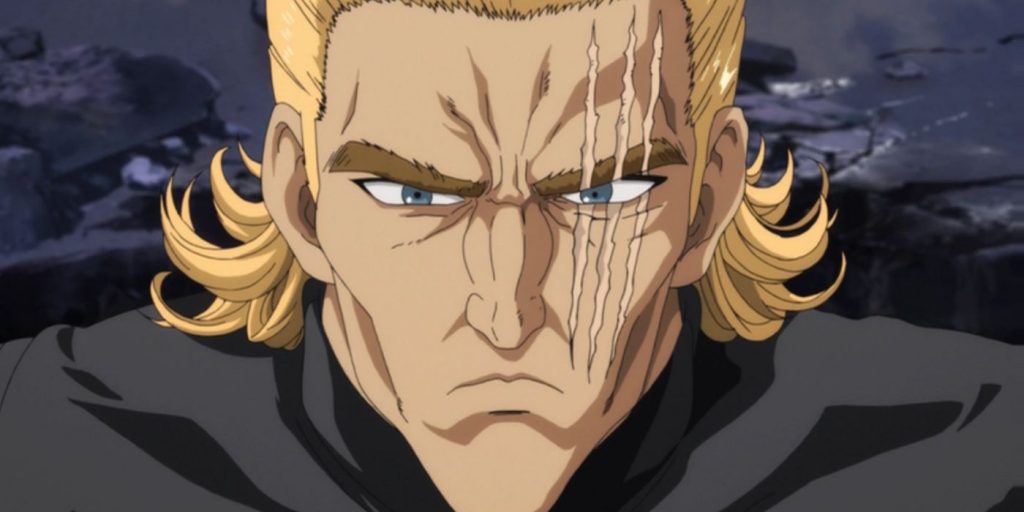 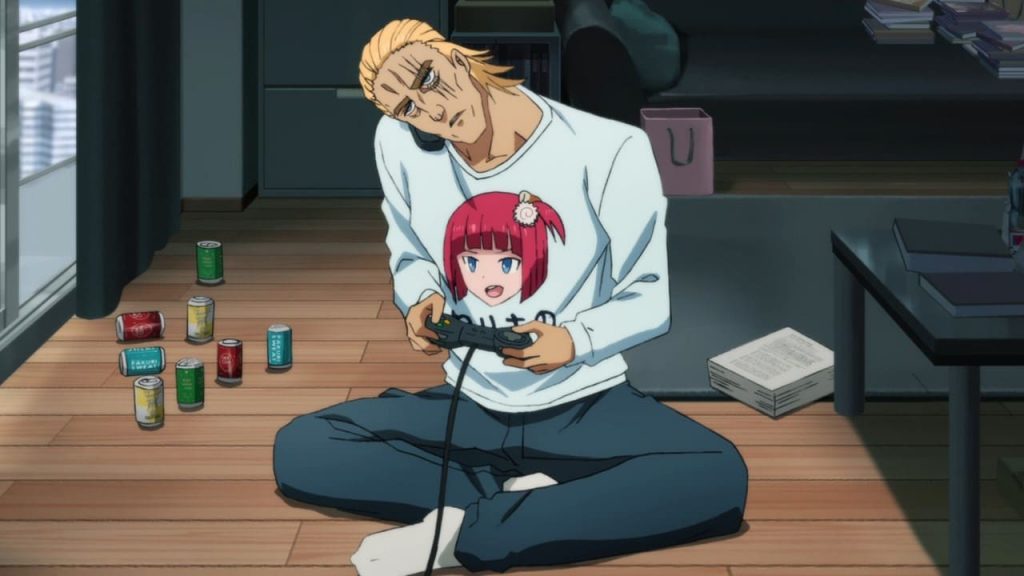 To start our research into King we’re going to be pulling right from his Wiki Fandom page, which leads with this:

King is the S-Class Rank 7 professional hero of the Hero Association. In public, King is known as “The Strongest Man on Earth” and “The Heroes’ Hero”. In truth, however, he is just a normal civilian who unintentionally gained credit for the heroic acts performed by Saitama. King is also one of the few people aware of the true extent of Saitama’s power and is part of the Saitama Group.

We’ve seen some other characters hold similar titles from other worlds, but King is The Strongest Man on Earth in The OPM World!

I don’t know how King would fair against characters like Yujiro Hanma “the Strongest Creature on Earth” in The Baki Universe, or Whitebeard and Kaido who are The Strongest Man and Creature within The One Piece Universe – but it’s interesting to think about nonetheless.

Moving on into his powers and abilities section they begin to tell us more about King’s abilities, starting with:

Strong Heartbeats: The “King Engine” is a rumbling sound that others claim to hear when King readies for battle or when he is generally serious. The sound has a formidable impact on his opponent’s psyche. In reality, it is simply the sound of King’s heart beating rapidly and loudly from fear, anxiety, or other uneasiness. Because of King’s intimidating visage and reputation, it is mistaken for bloodlust. It is rumored that his King Engine is so powerful that it can shake the earth.

They also continue on into his fighting style by explaining:

King Style: While his intimidating appearance and presence usually scares off potential opponents, King has to rely on this style if his opponents aren’t scared and are still ready to fight. It is not a fighting style in the traditional sense. King mostly bluffs himself out of battles or just runs away. King is highly skilled in bluffing, which makes his opponents think he is formidable, sometimes even rendering them unable to perform techniques against him. His frightening aura was so powerful, King managed to literally scare a monster to death. He was able to convince Atomic Samurai, a high-level S-Class hero, to back down from a fight, by using a made-up, yet highly believable alibi.

And while it’s not necessarily great to help us build out our routine, I do want to share something else I really love about King…his gaming ability!

Here’s what they say about it:

Master Gamer: Even though he is actually not the strongest hero, King is possibly the strongest gamer in the world, having won multiple gaming competitions when he was younger. After Saitama’s group was quickly wiped out in a gaming competition against the Blizzard Group, he single-handedly took out the other 30 contenders and won, also taking out Piko, who is an ex-pro gamer in the Blizzard Group. He is shown to be an avid member in gaming and told the Hero Association that he was taking out a “monster”, which in reality was really his video game. His mastery is capable of overcoming some of the severest handicaps. For instance, King was capable of effortlessly defeating Saitama in a fighting game despite being low on health and using only two fingers. His skill in video gaming being the equivalent to Saitama’s sheer power with no known equal, often to the point where King complains about his overwhelming strength even defeating the likes of Saitama, Garou, and Suiryu (all utilizing VR technology) with only a controller.

If that’s not the coolest thing ever, I don’t know what is.

But, for the sake of this one we’re going to be training around overwhelming strength, but also not an insane amount of mass like we’ve seen from some other characters. Kind of in that “Superhero Physique” range while being insanely strong.

For that reason we will still be pulling some strength programming from The Behemoth Program but with the goal to be more in line with the goal from our Superhuman System – turning out to be more similar to our Academy 90 Day System.

And our 90 Day Systems have even helped train new U.S. Marines, so we won’t be messing around!

To train like “The Strongest Man On Earth” we’re going to be working around our four main compounds but also working in some endurance and HIIT work in those days as well, with one day per week as an optional hero testing circuit.

Tuesday: Strongest Man on Earth Deadlifts, Back and Biceps

Friday: Strongest Man on Earth Back Squats, Legs and Calves

If you are not an Academy member or you don’t have access to a 90 Day System, you can also sub in different circuits here from some of the HIIT resources I provided above.

Here is a King Circuit you can utilize as well.